The number of robots installed by the French car industry rose 22% to 1,400 according to World Robotics Report 2016 published by the International Federation of Robotics (IFR).

The automotive sector is one of the main driving forces modernising the French economy: with a robot density of 940 units per 10,000 workers, France currently ranks second within the European Union. Germany ranks first 1,150 robots per 10,000 employees with the UK 10th with 606 units.

In France, investment in machinery and equipment are accelerating at a faster pace than the overall economy. The frontrunners are the dynamic showcase industries, such as automotive. Annual robot sales to the automotive industry as a whole increased by an average of seven per cent per year between 2010 and 2015. During the same period, the motor vehicle sector ordered on average six percent more robots per year and the demand from automotive parts suppliers increased by 9 per cent.

‘The positive impact of robots on European competitiveness and employment can be seen in Germany,’ said Joe Gemma, president of the International Federation of Robotics. ‘The country´s automotive sector, for instance, holds the top position for robot density in Europe – with about 1,150 industrial robots per 10,000 employees. As a result of the ongoing trend to automate production, employment in the German car industry rose by about 93,000 jobs to 813,000 during the period 2010 to 2015.’ 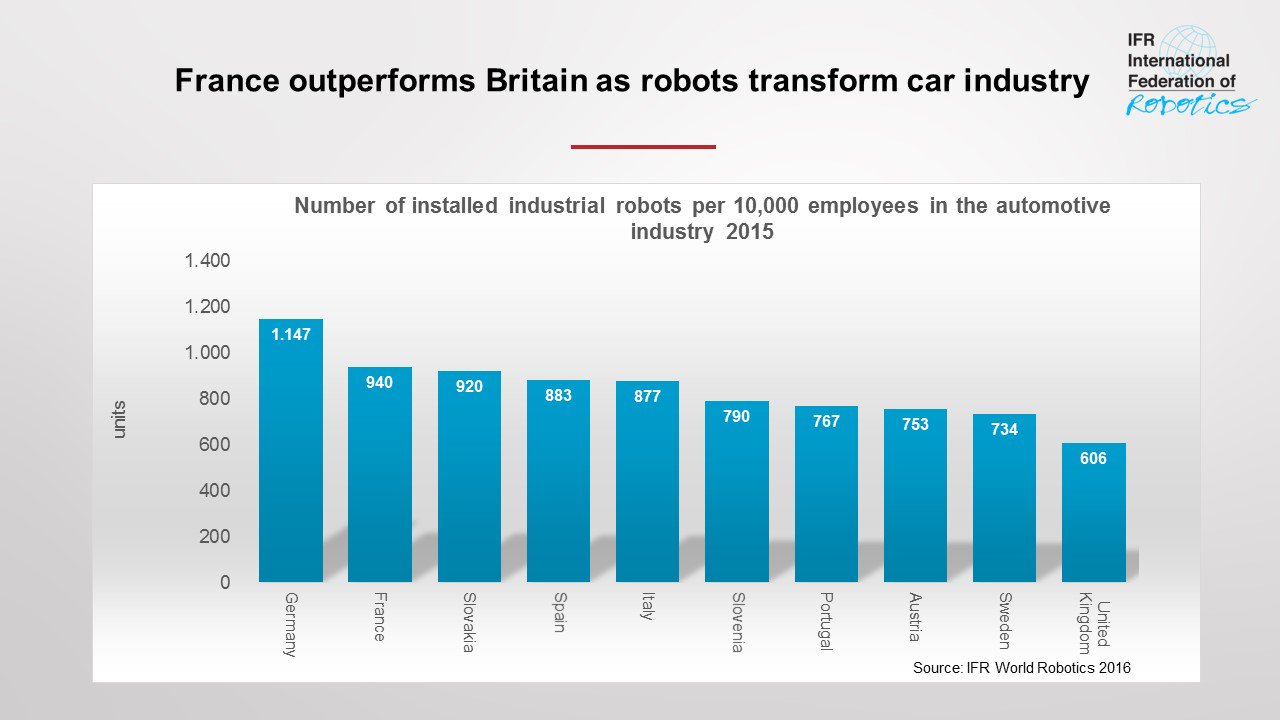